Review: The Tale of the Dark Crystal

The Tale of the Dark Crystal by Donna Bass
My rating: 4 of 5 stars

View all my reviews
Posted by Kitlat at Saturday, January 23, 2021 No comments:

Review: Fruitlands: The Alcott Family and Their Search for Utopia

Fruitlands: The Alcott Family and Their Search for Utopia by Richard Francis
My rating: 4 of 5 stars

View all my reviews
Posted by Kitlat at Saturday, January 23, 2021 No comments:

End Rape Culture in 2013 in the United States too 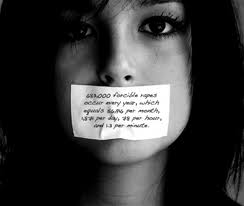 "We live in a country where politicians call rape a "gift from God" and suggest that women regularly lie about being raped. Where a group of young men in high school think so little of sexual assault that they thought it was fine - hilarious, even - to post pictures online of a passed out rape victim, and to live-tweet the rape, joking about the victim being urinated on. We live in a country where media as revered as The New York Times finds it necessary to describe an 11-year-old gang rape victim as "wearing makeup and fashions more appropriate to a woman in her 20s.” Where a woman can be fired because her boss finds her "irresistable" [sic] and a woman's rape case falls flat because she isn't married.

It's time to acknowledge that the rape epidemic in the United States is not just about the crimes themselves, but our own cultural and political willful ignorance.  Rape is as American as apple pie - until we own that, nothing will change.”

Email ThisBlogThis!Share to TwitterShare to FacebookShare to Pinterest
Labels: crime, do something about it, end rape culture in 2013, Evil triumphs when, jessica valenti, reblog

Gee Newton Cops, I only thought I would read something like that in a script for the old Car 54, Where Are You? series.  Meanwhile, I'm fairly sure the assault victims and unsolved murder victims  wished you applied the  same work ethic to solving their cases as you did to planning and executing this juvenile act.  Actually, they'd want better, because you guys got caught.

(NEWTON, Mass.) — Massachusetts police responding to reports of teenagers tossing eggs at a house last month got quite a surprise when they tracked down the suspects.
A department spokesman tells the MetroWest Daily News the three people who egged the house in Framingham early Dec. 11 were fellow law enforcement officers serving with the Newton police. They were off duty at the time.

Email ThisBlogThis!Share to TwitterShare to FacebookShare to Pinterest
Labels: Blogging, Car 54 Where Are You?, idiots, Massachusetts, Newton, Police

"Some old and really awesome Red Cross uniforms recently made their way to Cambridge, so naturally, we played dress up today." 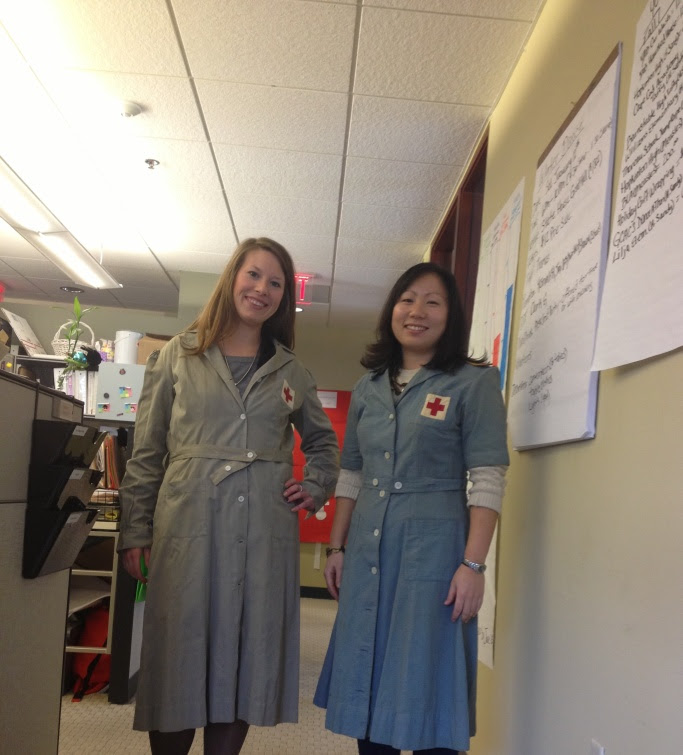 This work is licensed under a Creative Commons Attribution-Noncommercial-No Derivative Works 3.0 Unported License.

Kitlat
QUINCY, Massachusetts, United States
A blogger who likes to have conversations about many things.